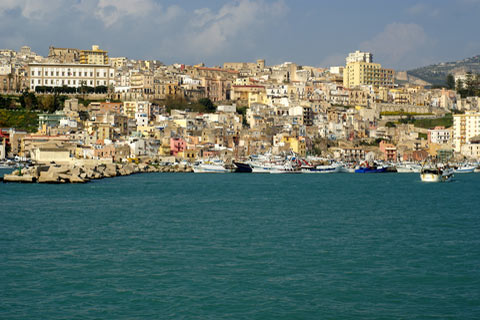 A large town situated on the coast of south-west Sicily, Sciacca is a popular destination best known as a coastal town and resort and with beaches popular with water-sport enthusiasts. It is also the oldest of the spa resorts to be found on the island of Sicily.

Sciacca is on the western side of Sicily which tends to be less touristy than the eastern side and less "polished" as tourist destinations. Sciacca is a popular resort with locals but is not one of Sicily's main resorts. If you are in the area though there is plenty of interest to see.

Sciacca is a walled town, with the original 14th century walls subsequently rebuilt and reinforced in the 16th century. There are three original gateways that pass through the walls to access the town, also dating from the 16th century: the Palermo Gate is in the baroque style and has columns decorated with a large eagle; the Porta San Salvatore which gives access to the Piazza Carmine; and the Porta San Calogero. 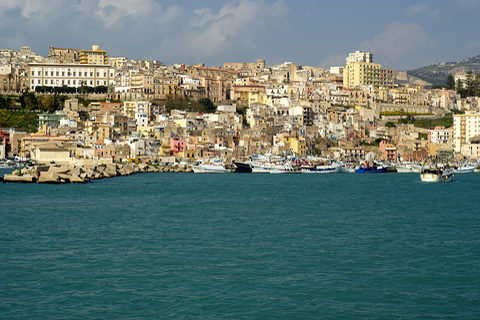 The town of Sciacca spreads uphill from its harbour with the Piazza Scandallato sat above the harbour and with panoramic views over the sea and harbour. It is an arcaded piazza and home to the town hall.

Above the Piazza Scandallato the historic old town winds its way uphill to a ruined castle and the higher defensive walls. In the old town notice the Catalan style Steripinto Palace built in the 15th century. The cathedral in Sciacca dates originally from the 12th century but was rebuilt in the 17th century - note the decorative statues on the facade then enter to see some important works of art from the 15-16th centuries including a statue of the Madonna by Laurana and a sculpture by Gagini.

Pass along the Via Castello to see the ruins of Luna Castle and its towers, dating from 1380 and built by the Luna family; the 15th century Empire style Palazzo San Giacomo Tagliavia; the neo-classical Bertolino-Tommasi Palace; and two medieval towers called the Bell Tower (16th century) and the Torre del Pardo (15th century).

Sciacca is also the oldest spa town in Sicily and the Terme di Sciacca attracts lots of visitors. There is also a thermal swimming pool in Sciacci and in the San Calogero hills nearby some steam caves . 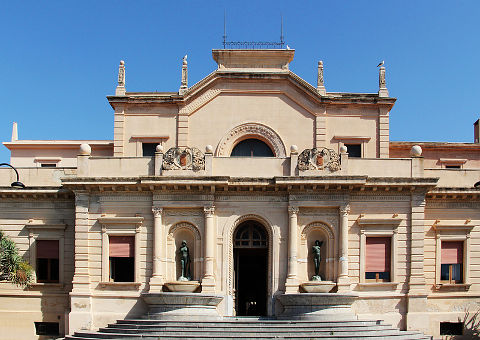 There are a number of beaches near Sciacca the best are a drive away as those close to the port are not so clean! If you have a car some nicer beaches are 10-20 minutes drive away.

Places to visit near Sciacca

A couple of recommended side-trips from Sciacca include the town at Caltabellotta; the island of Ferdinandea (a volcanic island little more than 100 years old); and Cronio Mountain to see the Cave of Daedalus.

To the south of Sciacca near Realmonte is one of the best beaches of Italy the "Scala dei Turchi or Turkish steps which is a natural white rock 'staircase' falling into the sea. It is one of the key natural sights of Sicily and in the future may be included in the UNESCO World Heritage sights.

To the north are the remains of the Greek temples of Selinunte, once an important Greek city.

Map of Sciacca and places to visit

Places to visit near Sciacca 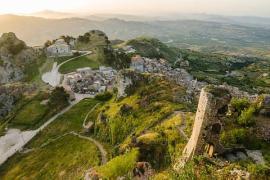 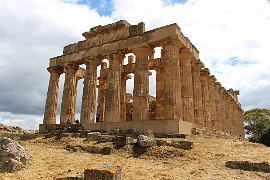 Selinunte is an atmospheric group of Greek temples.