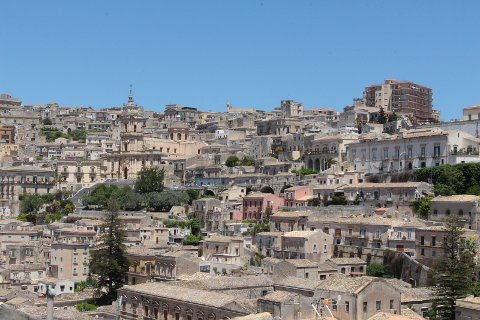 The town of Modica runs down the side of a steep hill in south-eastern Sicily, a little way inland from the coast and between Ispica and Ragusa.

In common with many towns in this region, Modica was very badly affected by earthquakes in the 17th century, in 1613 and 1693 - the second of these had a particularly devastating effect on the town. As a result, much of the town was rebuilt in the years after 1693, in the baroque style that was popular at the time - hence Modica now contains many fine examples of Sicilian baroque architecture, perhaps above all in the church reconstructions.

Modica climbs steeply up a hillside with all its houses and churches lining narrow paths and steep steps. Its baroque treasures are spread throughout the town which is a pleasure to amble round.

There are several noteworthy churches in Modica with the Church of Saint George (Chiesa San Giorgio) being the highlight - after numerous rebuildings and reconstructions over the centuries the church now has a very impressive baroque facade, very representative of the style.

As well as the churches Modica has a fine castle, the Castle of the Modica Counts, which sits at the top of the town along a ridge with great views over the lower town. In the castle are the watchtower and the original prison.

Modica is divided into upper Modica and lower Modica. Upper Modica is the older part of the town with some of the main religious monuments and the castle but the town is much busier in the lower parts. In lower Modica you will find the Corso Umberto, one of the main streets in the town and home to the tourist office and a number of churches and palaces. It is also full of bars and restaurants and is one of the liveliest parts of the town.

Other examples of local architecture can be seen in the grand town houses ('palaces') such as the Grimaldi Palace (now the Modica Art Gallery), the baroque style Tommasi Rosso Palace, and the Manenti and Tedeschi Palaces.

There is a civic museum with archeological items from Modica and nearby and of particular interest a bronze statuette of Hercules thought to date back to the 3rd century.

Modica is famous for its chocolate and has a chocolate festival every year in the autumn. The event includes lots of chocolate products and even chocolate massages!

The baroque architecture of Modica means it is now listed and protected as one of the towns in the Val di Noto world heritage site.

An unusual feature to discover near Modica are the 'rock churches' - churches built into and in front of caves in the rock. You can see these at Santa Venera - a 14th century rock church containing some frescoes; and at Cava Ddieri, in a cave that was previously used by the ancient Romans as a necropolis.

The nearby towns of Scicli,  Ragusa, Noto and Palazzolo-Acreide are also beautiful baroque towns of the Val di Noto heritage site.

Map of Modica and places to visit

Places to visit near Modica 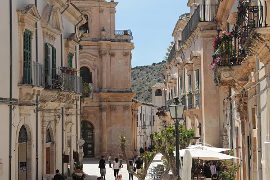 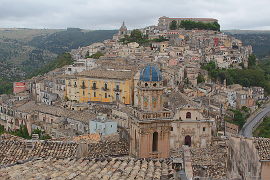 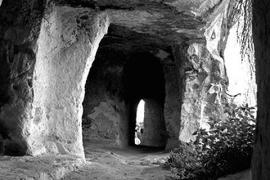 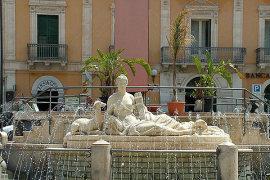 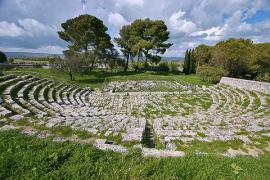 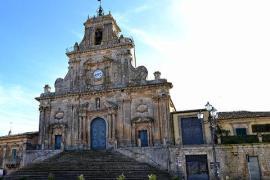