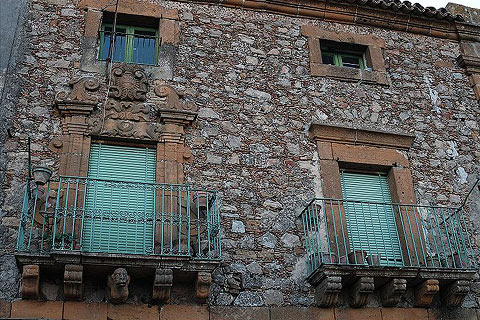 The Sicilian town of Aidone is situated in the southern part of the centre of the island and close to the important historical town and archaeolgical site of Morgantina. The town was badly affected by an earthquake in 1693 and a lot of the architecture reflects the baroque style, popular when the town was being rebuilt in the early 18th century.

Among the highlights in Aidone itself there are numerous churches to admire, too numerous for all their highlights to be listed here. Some of the best include:

- The Church of San Leone (11th - 17th century) in Piazza Umberto was originally built with stone taken from the historical site at Morgantina. It was damaged in the 1693 earthquake and rebuilt in baroque style.
- The facade of the Church of San Domenico with its ornate decoration
- The Church of Saint Anne (17th century) and with some fine paintings and a carved wooden crucifix from the same period, and an altar decorated with inlaid marble
- The Cathedral Church of St. Lorenzo, also much reconstructed after the earthquake although the older portal, in Gothic style, remains.
- The church of Sant'Antonio Abate was originally a mosque, subsequently converted by the Normans into a church. The 'previous life' of the church can still be seen in the pointed arched doorway (now blocked) and the small slits in the walls. A 16th century fresco has recently been discovered in the church.

Other highlights in Aidone include the ruins of the medieval Pietratagliata castle, a lookout position dating from the Arab-Norman period; and the ruins of Erbitea.

Many artifacts from the site of Morgantina (the predecessor town to Aidone) can be seen in the Museum at Aidone.

Map of Aidone and places to visit

Places to visit near Aidone 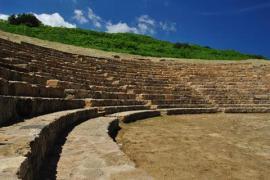 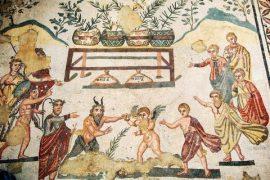 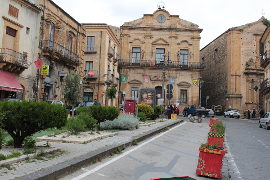 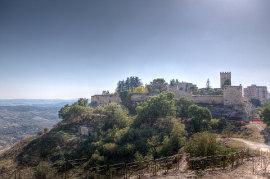 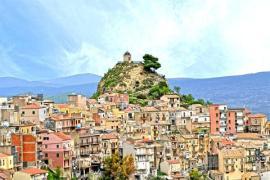